Ready to take your business to the next level?

Join Us Price A Loan 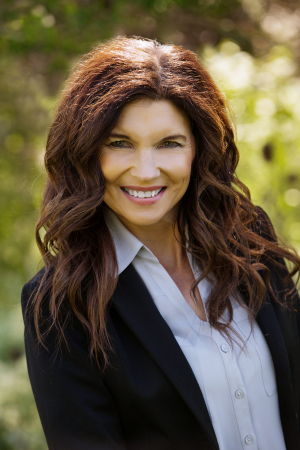 I am so grateful to have Tracy as my account rep. She is extremely knowledgeable and so willing to answer any questions I have on potential and current clients. - Aaron - South Jordan, UT
10/07/2022

underwriter seemed to have not really reviewed conditions until the very end. - Ron - Smithfield, UT
10/03/2022

The loan was well priced, it was very easy to submit and communicate with UW. Tracy was very quick to jump in and help. We closed earlier than anticipated and things went very well! The LOS is just a little hard to navigate at times. - Daniel - SPRINGVILLE, UT
10/03/2022

The entire process went smoothly and when needed Caliber jumped in and moved things along and of course Tracy Evans is always the best to step in and get things moving along. - Denice - Vernal, UT
09/30/2022

We can always count on Tracy and team for a smooth underwriting process and they always make our deadlines a priority. I appreciate that Caliber's underwriters help to problem solve and offer solutions to keep moving forward when the unexpected comes up. We'll continue to trust y'all with our purchase business! - TORI - Stansbury Park, UT
09/01/2022

Tracy and team are fantastic. I wish calibers rates were a little better so I could send ALL my files to Caliber. - Kris - South Jordan, UT
09/01/2022

Tracy proactively reviewed the loan and looked for ways to decrease borrowers DTI, which was invaluable. - Mark - South Jordan, UT
09/01/2022

This was a very difficult loan. Never had this underwriter before & she was excellent. Tracy, as always was priceless. We made it work & that is why we love Caliber. - Donna - Tooele, UT
08/28/2022

The underwriter did not clear conditions timely and did not remove the condition for an additional appraisal all of which caused delays. - Amie - Lehi, UT
08/26/2022

Tracy is a hard working lady who's always taken great care of us. Thank you for your efforts. They are much appreciated. - Carrie - West Valley City, UT
08/23/2022

We would send every loan to Caliber, Tracy is the best. Your pricing is way off (worse) from other wholesaler’s we use. Crossing fingers they get better. We love working with Caliber - Carol - Herriman, UT
08/16/2022

Tracy and the team did a great job working with me and helping with conditions. Without them, the deal wouldn’t have closed. I highly recommend Tacy! - Brandt - OREM, UT
08/03/2022

Everyone on the team was great. It went well and closed extremely quick. My only suggestion is to improve the technology. It's not quite as user friendly as what we've seen from other companies. - SEAN - SPANISH FORK, UT
07/22/2022

conditions that were uploaded seam to keep getting lost so the underwriter did not sign them off - Dianne - Eagle Mountain, UT
07/20/2022

Tracy is what makes everything so perfect, she is the best AE that I have had, Extremely knowledgeable and ready to help when needed. She is a 10! - Ashkhen - Taylorsville, UT
07/15/2022

Better understanding of the Jumbo 5/1 ARM and how to meet Rebuttable Presumption requirements. That took too many conversations to get right. - NOLAN - Holladay, UT
07/14/2022

The website submission process could be easier. Or send out a help sheet to follow. - Nicole - Taylorsville, UT
07/07/2022

Tracy is my go to for help on tricky deals! She is very knowledgeable and always quick to respond! Im so grateful to have her supporting our company! - Scott - Salt Lake City, UT
07/04/2022

My experience with Caliber is usually amazing with a mostly smooth process. However, this loan was a completely different case. Our loan, this time was held hostage by the appraisal department for 4 days almost costing us a 2nd lock extension because they refused to look at/and accept common sense. We had a home that had 2 structures on the same parcel of land. We did our research before submitting the loan, charging the borrower/ordering the appraisal. I was unable to upload the documentation from the county confirming the property as 2 SFR instead of a SFR w/ADU since it was a refinance and there isn’t an option to add any documentation. We did send the documentation confirming this from the county along with the email from them as well. The appraisal coordinator said he received this and would pass it on to the appraiser. When the appraisal came back, it was done on the wrong form and had classified the property incorrectly as a SFR w/ADU instead of a duplex (2 SFR) The appraisal department would not accept the documentation, the appraiser provided the information that we sent in as his justification for it being a SFR w/an ADU even though it clearly states it is 2 SFR. We provided proof of different addresses/mailboxes; they still did not accept this. The appraisal consultant did not offer any help, just basically washed his hands of it saying the CRM (or whatever it’s called) reviewed the appraisal and that was done, said to maybe reach out to the UW. I didn't understand how the UW could help us when the appraiser completing the wrong appraisal and classifying the home incorrectly. Which when I reached out to him, he was very helpful, stated that there wasn't anything he could do that the appraisal department would have to request the correction. When I again reached out to them, this time getting connected to the CRM, their response was basically that it was the appraiser’s decision as to how the home is classified. For her evidence, she provided the cert that we provided from the county stating that the home was 2 SFR (NOT a SFR w/ADU), a Zillow type listing (which is not regulated, and anyone can type any information they feel like to describe the home), and a copy of the zoning rules for the county. She stated that since it could be zoned as a SFR with an ADU, and it fits the parameters of a what FNMA and Freddie state a ADU is, it was up to the appraiser. I called Freddie Mac (since this is the investor, we had to underwrite under due to that is where our approval was with), they confirmed that if there are 2 separate addresses then it most likely would not be a SFR w/ADU because its 2 separate places/addresses, not a single address with an extra building. When I communicated this to the CRM, she stated that it didn't matter it was still the appraiser’s decision. It wasn't until Tracy came back from being out of town that we were able to move forward, she was able to talk to someone that would listen to reason and the only reason that we were able to close this loan. This was a very needless stressful situation for both the loan team and the borrower, not to mention eating up four days of my lock extension, making us rush the closing so that it would fund on the day that our lock expired, causing the borrower to have to rearrange her entire schedule so that she didn't have to pay for another extension. I am usually very happy with the service that I receive with Caliber but this one left me with having to scramble for other options for the borrower and really makes me 2nd guess the next time I have a loan to do through a broker. - Cindy - SALT LAKE CITY, UT
07/01/2022

Tracy is the Best AE I have ever met or known. Im a former AE so I have some experience with AEs etc. We love Caliber and would send every file your way if the pricing was consistently competitive. Keep Being Great Caliber, we love you and Tracy! SM - Scott - WASHINGTON, UT
07/01/2022

Tracy and her team were amazing to work with on our last two loans with Caliber. She provided the necessary attention that was needed and went well beyond expectations. Turnaround time was unbelieveable. Thank you! - Jack - LEHI, UT
06/30/2022

Amazing. We had an impossible loan but Tracy and her team created miracle after miracle. This is my second experience with Tracy and Caliber both amazing. - ART - LEHI, UT
06/29/2022

Thank you your team was great to work with and I appreciated the help provided as I am new to the Caliber process. - SUSAN - Washington, UT
06/28/2022

TRACY IS THE BEST REP WE COULD EVER HAD, SHE IS ALWAY OPEN AND WILLING TO HELP IN ANY WAY POSSIBLE, SHE GOES ABOVE AND BEYOND! - Angie - Antioch, CA
06/22/2022

Tracy and her team are who I count on to help me get my buyers to closing smoothly and quickly. This is a solutions oriented team that values relationships and works very hard to meet expectations and deadlines. Love working with you all! - TORI - Boise, ID
06/14/2022

We had a struggle with underwriting conditions getting cleared properly. If Tracy would not have stepped in we would not have closed on time. There was a FHA case number issue and we asked the u/w about it multiple times through the process and she assured us she would get it cleared. It came down to 48 hours before closing and we found out we had to do the leg work to get the case number transferred. Not a pleasant experience. This was new construction and the borrower would have had to pay 100.00 per day if we did not close on time. Tracy helped and assisted to make this happen and luckily we closed on time. The underwrite may need to be educated on the process of duplicate FHA case numbers. - Jacque - EAGLE MOUNTAIN, UT
06/13/2022

Tracy is the best!!! The underwriting team could be a hassle, but with Tracy, it's workable. My biggest complaint would be the turn times and communication from the UW to find timely solutions. Luckily Tracy is our hero and always picks up the pieces when they are dropped by certain UW or departments. Closing team typically seems to be on point as well and solid in most communications. - NATALIA - SALT LAKE CITY, UT
06/05/2022

Top 5 Reasons to Work with Us

Know when to reach out to a previous customer.

A streamlined lending experience for brokers.

Marketing materials you can personalize for your audience.

Get help with COEs, educational resources, and more.